Should Every Woman Become a Mother? 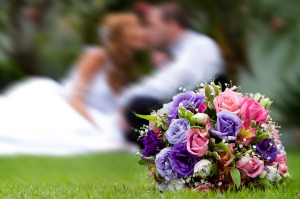 With about a third of US children born every year to unwed mothers, is marriage necessary?

Many young adults are asking themselves, “Why marry now? What’s so important about the marriage ceremony and certificate?” Especially when the social stigma of cohabitation and single parenthood are virtually gone.

Women worry about loss of independence, submitting to inequality and “patriarchy”, and slowing their career development.

In addition, men and women who have experienced the painful breakup of their parents’ marriages are reluctant to repeat the same experience in their own lives and tend to shy away from, or postpone, getting married until they are sure of the choice and decision.

Who can blame them? Why should a healthy, ambitious young man, full of energy and drive to accomplish, marry a woman whose top priority is to establish her own independent and full-fledged career? This means placing future children in a daycare center to be raised by a succession of strangers, or taking into the household another woman to be his children’s nanny.

Although women have traditionally been more eager to marry than men, they, too, are now asking “Why marry? Or why marry now?”

Raised and educated like boys, with no special consideration to their biology and gender inclinations, today’s girls are told they can do anything that boys can do.

Girls are now encouraged by teachers and often by their own parents to suppress any inkling of gender difference, considering it to be a weakness, a dated attitude, a thing of the past.

Life apparently has a way of working itself out. After 40 years of active feminism, with millions of women having entered the workforce and thousands of children spending significant parts of their early years away from their parents – often cared for by less-educated strangers – the pendulum appears to be slowly swinging back.

Generation X/Y women no longer question whether they can become CEOs, neurosurgeons, or senators. They know that they can. The question that confronts them now is at what cost do women reach these positions?

A remarkably high percentage of Gen-X mothers are now quitting their jobs to stay at home with their kids. According to a US 2000 census, 30 to 35 year-old college educated women have sparked the largest exodus of working mothers from the workplace since 1976.

There appears to be a return to the hearth. Women who used to loathe the possibility of a “Mommy track” are now praying for it.

The Appeal of Marriage

So what is the appeal of marriage in this day and age, following 40 years of active feminism with its sweeping social achievements?

As I was reflecting on the different arguments for and against marriage, one premise kept repeatedly surfacing. Irrespective of its many problems, marriage continues to provide the best framework for organizing the life of individuals and of society. Marriage is the best framework to give human beings the long-term motivation and energy to strive and be productive, be grounded and connected, and rise above one’s natural selfishness.

Marriage is also the best framework to socialize and humanize men, women, and children, and most importantly, it provides the prime environment for raising the next generation.

It is the nucleus of a civilized society.

Children born out of wedlock often substitute their need for family by banding together to form gangs and get their self-esteem from fast money, drugs, sex, and violence.

The institution of marriage has two broad functions. It serves important needs of the individual – men, women , and children – and it also serves basic needs of society.

Healthy societies need healthy and well-developed children. And there is ample evidence that children born and raised in two-parent families, and cared for by a parent in their early formative years, are developing the best.