The Day That Changed My Life

An Excerpt from “When Love Meets Dementia”

I had flown in the night before from Phoenix, Arizona, to Syracuse, New York, to participate in the celebrations of my grandson Yoni’s Bar Mitzvah. Settling into my comfortable hotel room, my two sons came in to talk, and suddenly my world collapsed.

My boys came to tell me that as I was en route from Phoenix to Syracuse, their father, my husband of 60 years, had convened a telephone conference with them. Mike informed them that I, their mother, had been diagnosed to be sociopathic, that he can no longer tolerate it, and that he does not want me to come back home.

I was stunned, dumbfounded, and I began to feel numb.

Never in my wildest imagination had I ever thought that something like that could happen to me. 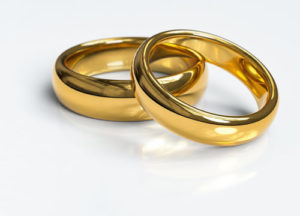 Marriage had been the cornerstone of my life, throughout our 60 years of life together. It was sacred in my worldview, and divorce, legal separation, or any kind of marital breakup was not included in my lexicon. My husband of 60 years held the same view throughout our long marriage.

Eight years older, Mike started courting me when I was 16 at a time when such courtship of young women was condoned. We got married when I was 18 and raised two wonderful, accomplished sons. One is a pediatrician, and
the other is a scientist. We have six beautiful grandchildren and have always had interesting careers. Our life was exciting, including a lot of domestic and international travel, and we were always financially comfortable. Moreover, Mike has been the only man in my life, and we had just celebrated our 60th wedding anniversary.

Yes, there were some difficult periods, especially during the last few years following Mike’s retirement. Yes, he had never been an easy person and had always liked to be in control, but there used to be overall harmony and balance in our relationship, up until his retirement. Mike’s behavior used to be more or less normal—eccentric sometimes, but within the normal range; however, following his retirement, he became increasingly domineering, self-centered, and argumentative. I often had to take a walk to cool off and call one of my sons to vent.

He also developed a growing age-related mobility issue, increasingly requiring the use of a wheelchair. For the last months of his life, he was more and more bedridden. There were periods of mild depression, in addition to an underlying chronic blood disorder. He suffered from MDS (myelodysplastic syndrome), diagnosed some 20 years earlier, a red blood cell problem with a life expectancy of five years. Yet Mike had survived all this time with the help of monthly blood transfusions at the Mayo Clinic. I used to consider all these health issues to be age related; after all, Mike was in his 80s. We did what we could to make life pleasant, accepted the inevitable, and life continued to be interesting and exciting.

I regarded our marriage overall to be a pretty good marriage. “You are the only thing I have,” Mike would often say to me. “You are my treasure!” or, “As long as you love me, the world is mine.” I was quietly proud of our marriage’s longevity. In these days of rampant divorce, I even considered our marriage to be a success story. Mike would brag about it whenever he had the chance, emphasizing to whoever would listen that we had been married for 60 years.

And now, totally unprepared, I was being kicked out of our home. Unbelievable!

After they delivered their father’s message to me, believing that he was obviously not thinking clearly, my two sons fell silent. Not knowing how I would take the news, they waited for my reaction. I told them that I could not remain mute and must say something to their father. They urged me not to call him, but I did call Mike, and in the short telephone conversation we had, I told him that he couldn’t simply kick me out of the house, just like that. “You are not a Muslim,” I said to him. (There is an Islamic tradition that a married Muslim man can dissolve his marriage at any time by saying to his wife three times, “divorce.”) “Our home is mine as much as it is yours,” I said, “and I’ll be coming back home at the end of my visit to Syracuse.” Mike’s response was that he’d hire a personal security guard.

What happened? How could that be? Had I missed something? Had I been in denial? Had Mike lost his mind? 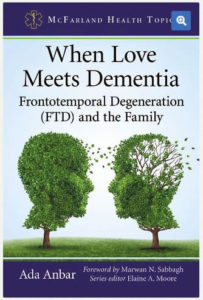 Read the rest of the story in “When Love Meets Dementia.”

Available at Barnes & Noble, Amazon, and other fine bookstores.

Because we #caregivers #alzheimers #dementia thrive on #goodnews, here’s some. My #specialneeds sister Maggie’s 50th B-Day party arrived & as she wished, it featured @shaunpcassidy on the cake, the decor, on screen & Shaun—decent kind human —called her on the phone himself.💕💜💕

Are you familiar with this #dementia warning sign? 📝 If you or someone you love is starting to experience extreme difficulty in writing when there wasn't any before, you may want to see a medical professional. Call our Helpline at 888-280-6055 for recommendations. 📞 #FightALZ

SO important. Some express surprise when Dad says he doesn't recall a person/event. They're convinced providing more detail will help. "Don't you remember he was married to Ethel?" or "Remember that was the day Uncle Ian broke his arm?". I swear I can see the panic in Dad's eyes. https://t.co/7I9wuK7YLX

Reply on TwitterRetweet on TwitterLike on Twitter2Twitter
Load More...